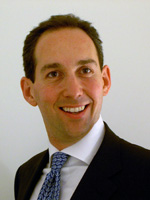 Alberto Monti is Full Professor of Comparative Law with tenure at the University School of Advanced Studies IUSS Pavia, Italy.

He held tenure as Associate Professor at Bocconi University in Milan from 2003 to 2011 and coordinates the Legal Area in the CINEAS professional programme in Insurance at the Politecnico di Milano (Milan Institute of Technology) since 1999.

Admitted to the Italian Bar (1998) and to the Supreme Court Bar (2011) he is specialised in the fields of torts, contracts, insurance, reinsurance, banking and financial laws.

Alberto is also international legal Consultant for the Organisation for Economic Cooperation and Development (OECD) Financial Affairs Division – Insurance and Private Pensions Committee (Paris, France) on issues related to insurance law, economics and policy and for the Brazilian Institute of Insurance Law (since 2002). He has been Consultant for the World Bank (Washington, D.C.) on a major project aimed at the reform of insurance laws and regulations in a group of countries belonging to Eastern Europe and Central Asia including the Russian Federation, Ukraine, Kazakhstan, Bulgaria, Romania and Serbia (2003-2004).

In 2011 Professor Monti became a member of the OECD High-Level Advisory Board on the Financial Management of Large-Scale Catastrophes and in this role he performs advisory functions to the OECD Secretary-General on major issues related to the law and policy of disaster risk insurance and financing.

He received his J.D. (1995, cum laude) from the University of Milan Law School, his LL.M. (2000, Int’l Legal Studies) from New York University (NYU) School of Law and his Ph.D. (2001, Comparative Law) from the University of Trento. He has been Visiting Scholar (1994, 1996) and Fellow (1997) at the University of California at Berkeley School of Law, Italian National Reporter in the Common Core of European Law Project, Hauser Global Scholar at New York University (1999/2000) and Research Fellow at the ICER – International Centre for Economic Research (2001, 2002). Member of the board of editors of the law review “Diritto e Fiscalità dell’Assicurazione” (formerly “Diritto ed Economia dell´Assicurazione”), he is a Chief Editor of the electronic journal “Global Jurist”.